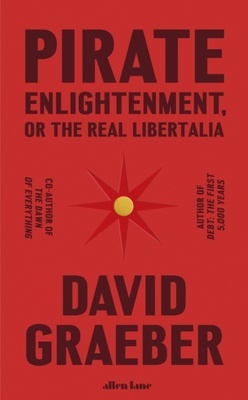 The Enlightenment did not begin in Europe. Its true origins lie thousands of miles away on the island of Madagascar, in the late seventeenth century, when it was home to several thousand pirates. This was the Golden Age of Piracy, a period of violent buccaneering and rollicking legends - but it was also, argues anthropologist David Graeber, a brief window of radical democracy, as the pirate settlers attempted to apply the egalitarian principles of their ships to a new society on land.

For Graeber, Madagascar's lost pirate utopia represents some of the first stirrings of Enlightenment political thought. In this jewel of a book, he offers a way to 'decolonize the Enlightenment', demonstrating how this mixed community experimented with an alternative vision of human freedom, far from that being formulated in the salons and coffee houses of Europe. Its actors were Malagasy women, merchants and traders, philosopher kings and escaped slaves, exploring ideas that were ultimately to be put into practice by Western revolutionary regimes a century later.