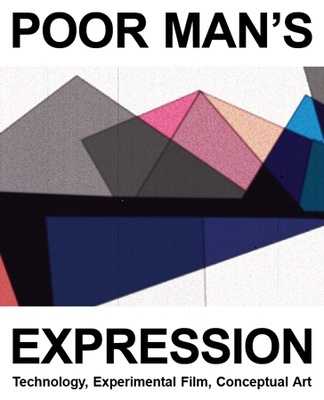 "Poor Man's Expression" examines the relationship between film, video, technology, and art, with a particular focus on the reciprocal influences between conceptual art and experimental film. The publication is based on the eponymous exhibition in Berlin in 2006, but represents an independent compendium of texts and images beyond the show. Works, lectures and performances by international artists, created for the exhibition and expanded for the publication, are set alongside historical experimental films from the archive of the Freunde der Deutschen Kinemathek in Berlin. The authors and artists respond to the questions that arise as to the semantics of critical and experimental conceptual art, medial representation, and the expansion of a concept of technology towards social functions and psychology; they explore problems of medial control, intellectual property, and a changing concept of the public.

As a point of departure we have assumed that there was once a close relationship between forms that now exist rather separately, namely the realms of visual art, experimental film, literature, poetry, music and very much the development of technology, too. what is it supposed to mean that 16mm projectors now occupy their luxurious final performance sites at art societies and galleries, while iphone youtube (without open source codecs, to be sure) is the current way to watch a hollis frampton interview.

The other way around, isn't the gentle entry of the genre of "experimental film" into the realm of "media art" of the 1980s and 1990s itself a transformation analog to general social and medial development brought about by the development of individualization and consumer society? in poor man's expression we have sought, through an advanced setting ("affirmative" neon light surfaces, and the exhibition's "paradoxical" bipartite spatial principle) to address the surrounding "corporate public" architecture of the sony center as well as the film archive deep underground and the dark cinema space of the "avant-garde cinema."
Llegir més
Editorial: Sternberg Press
ISBN: 978-1-934105-01-6
Idioma: Inglés
Estat: Disponible
0.00€(IVA inclòs)
*Preu subjecte a tipus de canvi