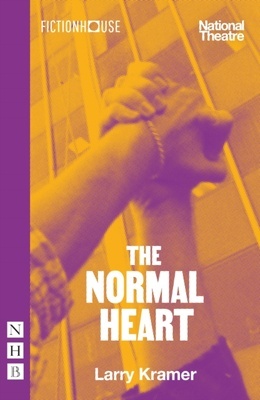 Larry Kramer's passionate, polemical drama, set during the early days of the AIDS epidemic in the 1980s.

The Normal Heart traces the story of one man who, while his friends are dying around him, strives to break through a conspiracy of silence, indifference and hostility from public officials and the gay community, and gain recognition for a virus that threatens to change everything.

The play received its British premiere at the Royal Court Theatre, London, in 1986. Thirty-five years after that premiere, the play's prescience and its searing emotional power are beyond doubt. It was revived on Broadway in 2011 (winning the Tony Award for Best Revival) and adapted for television in 2014 (receiving the Emmy Award for Outstanding Television Movie).

This new edition of the play is published alongside a major revival at the National Theatre, London, in 2021, directed by Dominic Cooke. It features the definitive text of the play, extensive supplementary material including a new introduction by critic and broadcaster David Benedict, and tributes to Larry Kramer by Russell T Davies, Tony Kushner and Matthew Lopez, all of whom have also contributed to the canon of dramatic work about HIV/AIDS - with, respectively, It's A Sin, Angels in America and The Inheritance.
Leer más
Editorial: Nick Hern Books
Materia: Obres de teatre
ISBN: 978-1-83904-035-1
Idioma: Inglés
Estado: Disponible
Fecha de edición: 23-09-2022
0.00€(IVA incluido)
*Precio sujeto a tipo de cambio