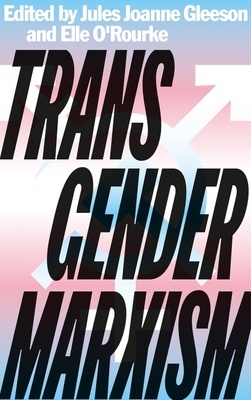 The first collection of its kind, Transgender Marxism is a provocative and groundbreaking union of transgender studies and Marxist theory.

Exploring trans lives and movements, the authors delve into the experience of surviving as transgender under capitalism. They explore the pressures, oppression and state persecution faced by trans people living in capitalist societies, their tenuous positions in the workplace and the home, and give a powerful response to right-wing scaremongering against gender ideology'.

Reflecting on the relations between gender and labour, these essays reveal the structure of antagonisms faced by gender non-conforming people within society. Looking at the history of transgender movements, Marxist interventions into developmental theory, psychoanalysis and workplace ethnography, the authors conclude that for trans liberation, capitalism must be abolished.
Leer más
Editorial: Pluto Press
Materia: Teoria queer
ISBN: 978-0-7453-4166-8
0.00€(IVA incluido)
*Precio sujeto a tipo de cambio